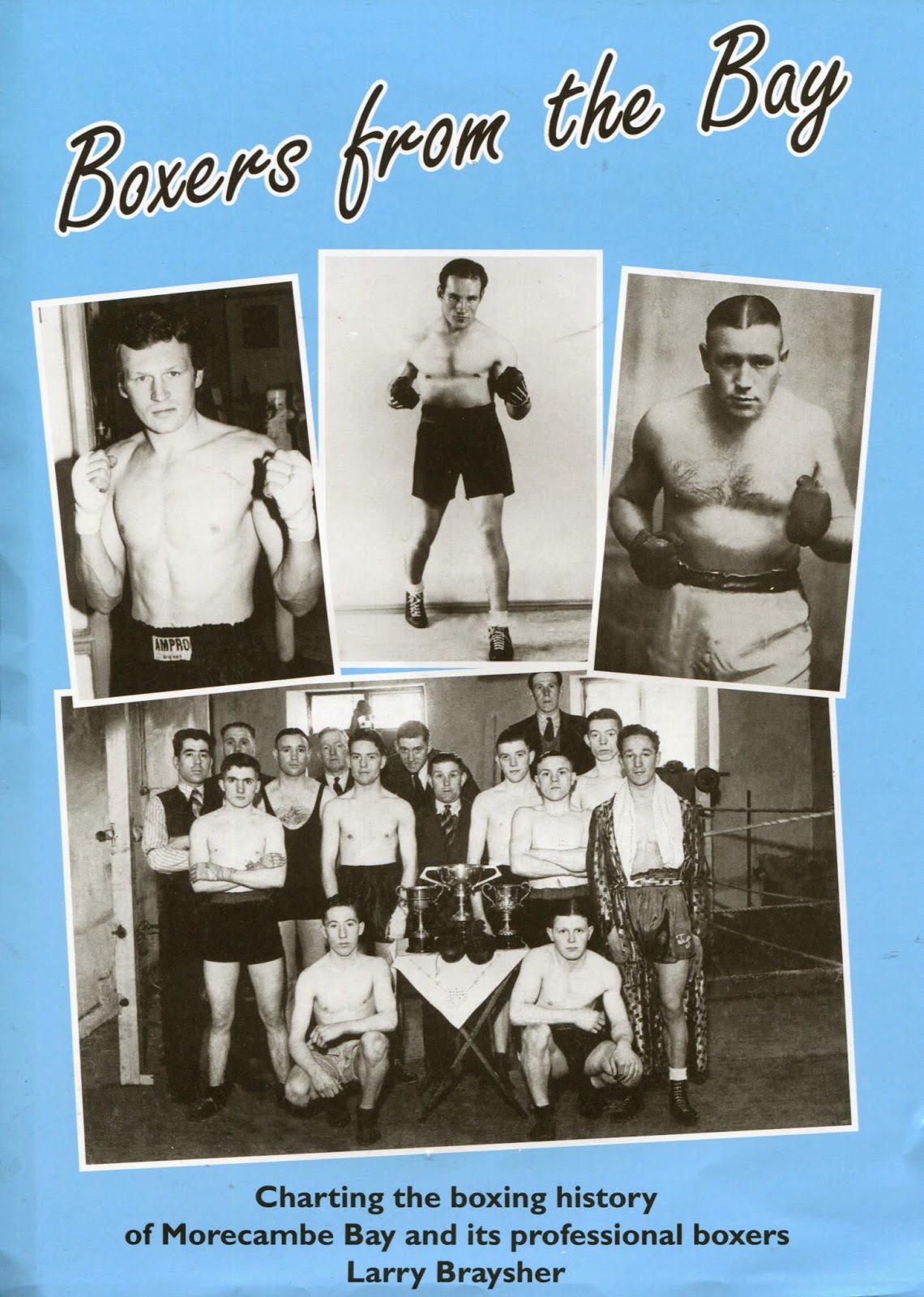 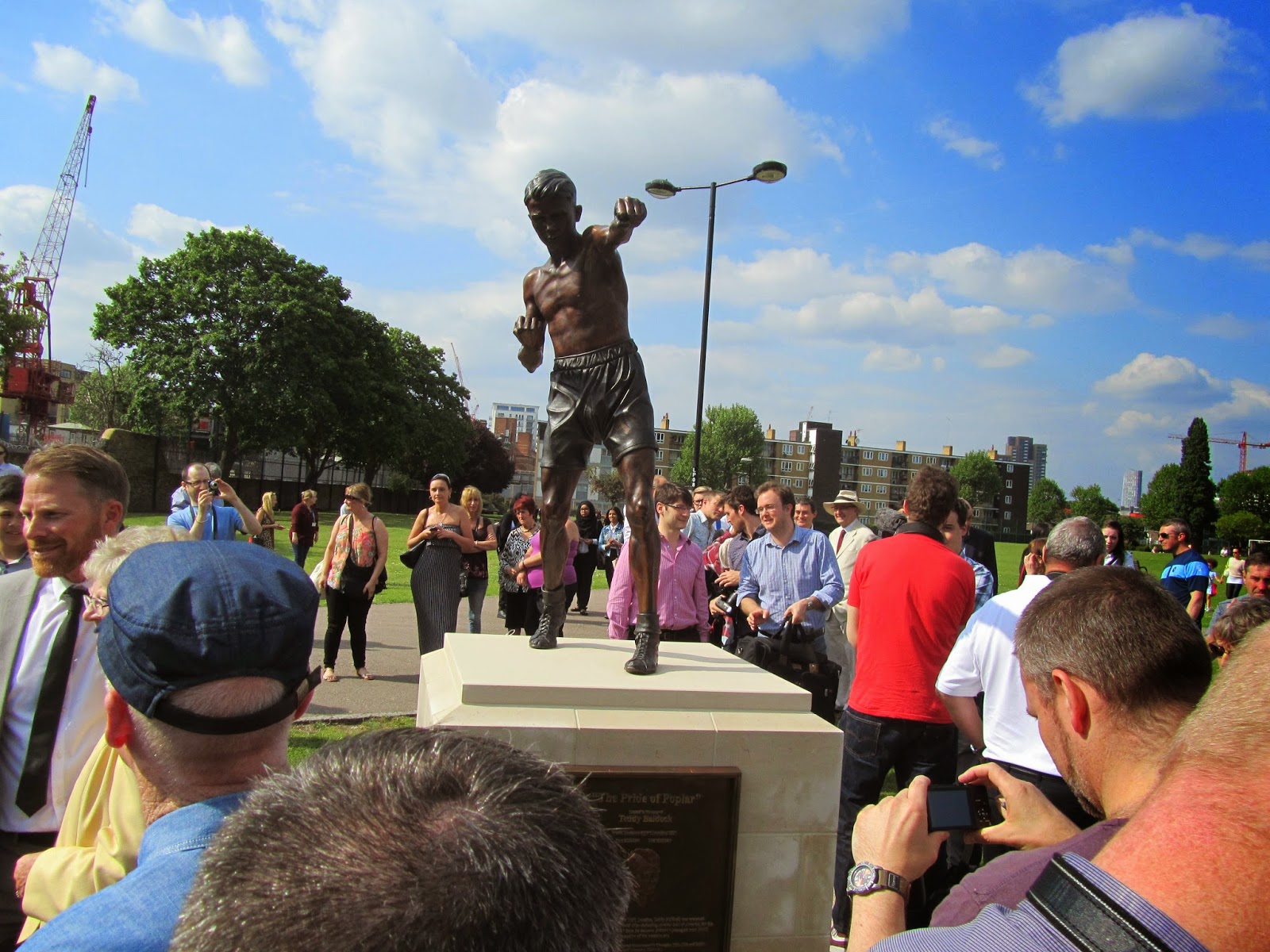 It had been 82 years since his last professional fight and 43 years since his death, but rumour had it a London boxing legend was back in town and about to make a comeback. Incredibly, the rumour was true...

Yesterday, at Langdon Park in Poplar, east London, hundreds gathered to watch the unveiling of a life-size bronze statue fashioned in the likeness of Britain’s youngest-ever world boxing champion, Teddy Baldock, a star of the 1920s ring. The statue, which is the work of expert sculptor Carl Payne, has been erected at the Spotlight youth centre, fittingly just a few hundred yards from Baldock’s one-time Byron Street home. 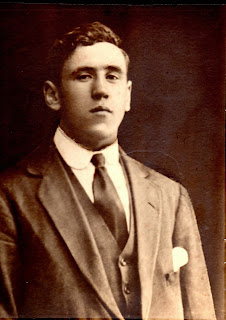 Email ThisBlogThis!Share to TwitterShare to FacebookShare to Pinterest
Categories: Posts by Miles Templeton, Scottish boxers, They died in the ring 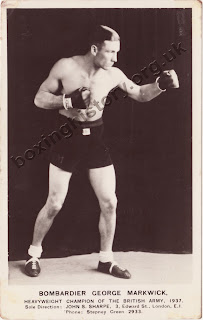